In an orthodox chess composition, there can be three kinds of promoted force in the initial position: 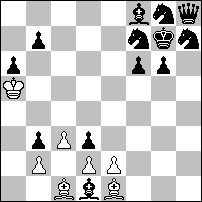 Non-standard material: wBe1 and one bS are promoted pieces.
View in Helpmate Analyzer