A promoted piece, which, however, does not increase the number of pieces of the same type compared to the initial game-array position. For example, a white dark-squared bishop on a square different from its initial game position could appear only by promotion if Pb2 and d2 stood on their initial squares. Obtrusive pieces are allowed, but should be avoided. 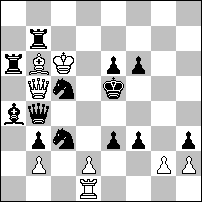